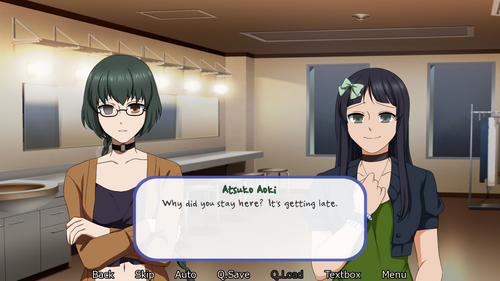 To retain parity with the upcoming Steam build of the game, Flowering Nightshade is getting its v7 update a bit early. There are a number of minor changes to the game to make it easier to add content going forward, but the main new feature is the introduction of the first side story: "Storm on Your Peace". This side story focuses on a new character named Yae Imai, a vocalist for a punk rock band. Get to know her by playing the story through the eyes of Atsuko and Nanami!

That's about it for this time. Hopefully v8 will be a more exciting update, with more than one new story added. Until then, I hope you enjoy the game!