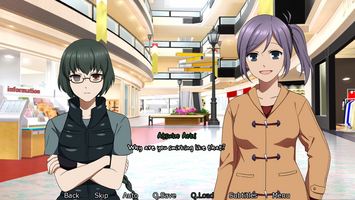 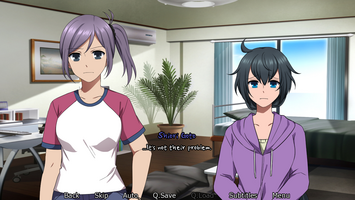 With the release of v6, all of the originally promised content is now available in the game. While some things may still need to be fixed, tweaked, or edited, I think it's time to start considering these "release" builds rather than "demo" builds.

The biggest changes in this build involve the last of the main story routes being added and the addition of custom BGM tracks. Now you can play any of the seven main routes from start to finish, and all routes have the new music tracks implemented. There were also some minor fixes to things like typos, glitches, and such. (Also, some existing routes have a tiny bit more art variety than before.)

I wrote up a longer-form devlog recently to go along with this release, which I'll edit and try to get out later today. Until then, I hope everyone enjoys the first "full" release of Flowering Nightshade!