With the issue regarding some devices not properly auto-detecting the correct layout to use sticking around despite the attempts to fix it in the previous two hotfixes, I ended up changing the game to allow switching the layout on mobile devices. Now people playing the Android version of the game can switch the layout using the icon that demonstrates the alternate layout, which then closes the game and switches the layout used on the next startup.

As part of this, I changed the orientation that the Android OS uses for the game to "user", meaning that the game will try to use whatever orientation your device is using. Between this and the layout toggle button, this means that the Android version can technically be played in either layout. (To return to the old behavior, lock your phone into portrait mode and use the vertical layout option.)

I'm not sure the layout toggle button's location is set in stone yet, and there may be visual glitches on the first time you load the game after updating, but hopefully this will at least allow people to play the game for now.

As before, let me know if any issues persist. Hopefully this will finally put an end to this bug, but... I've said that before.

At any rate, I hope people enjoy the game! 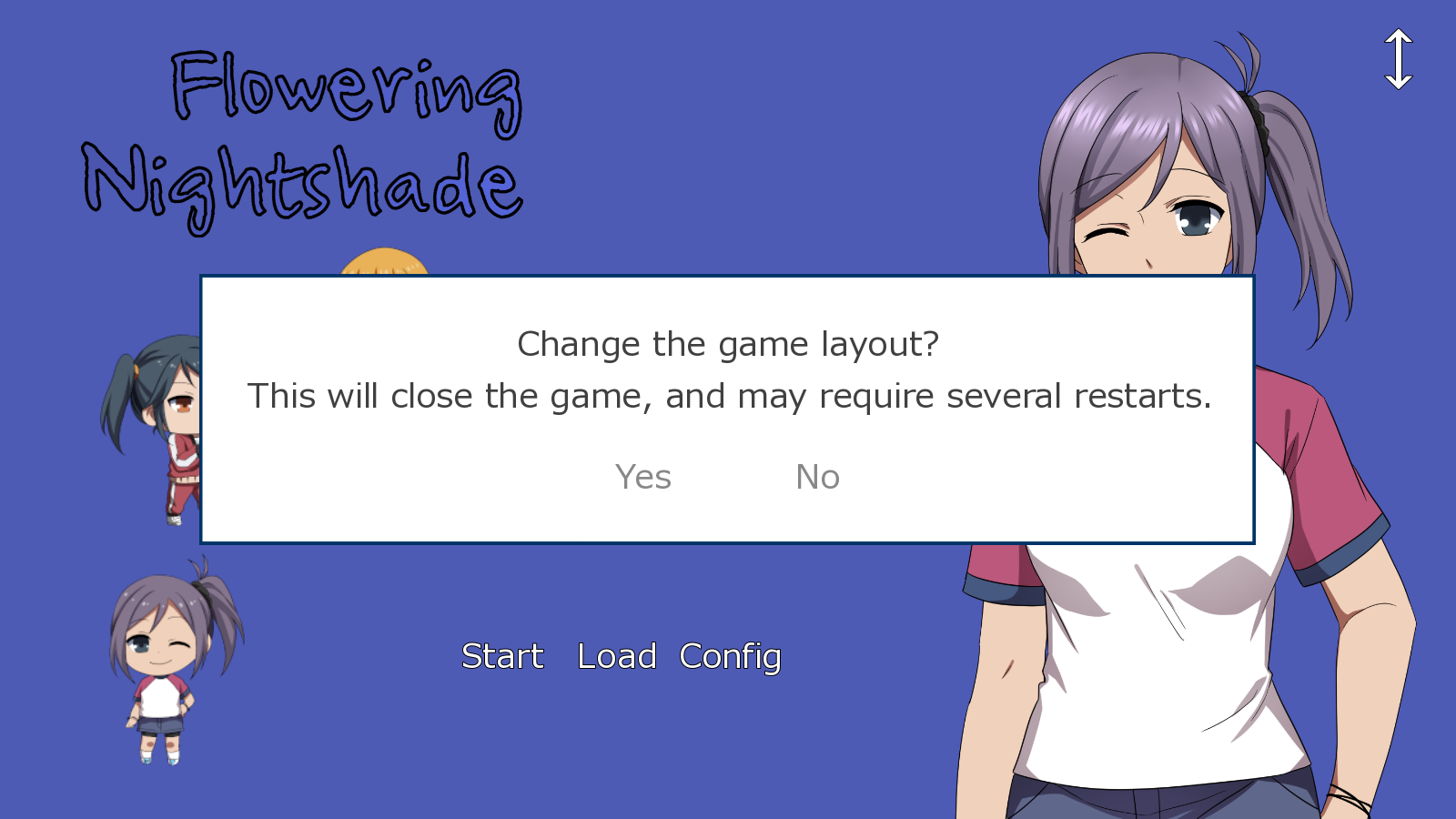 although the buttons and the actual hitbixes are slightly offset

but that aint to big a deal