A downloadable visual novel for Windows, macOS, Linux, and Android

The nightmare is not over.

Kasumi Kawamura just wants to get through university while rekindling her relationship with her girlfriend. But not long after she arrives at school, a strange epidemic starts to infect the city, causing the afflicted to have terrible nightmares and lose the motivation to live their lives. Coinciding with the appearance of this "Nightmare Syndrome", an old wound that Kasumi thought healed starts to burn and cause frightening visions to those around her. Caught in the center of this situation, Kasumi and her friends try desperately to find a solution. Yet all the while, Kasumi wonders if she might be to blame...

This game is a sequel to Eldritch Academy.

The demo consists of a large portion of Act 1, up to the scenes that include the first potential bad ending. Bonus features are not available in the demo version of the game.

Kasumi spent much of high school being regarded as an airhead, which has led her to try to act more mature... with limited results. She tends to be friendly and outgoing, making friends easily.

Kasumi's girlfriend. They were forced to break up years ago when her mother discovered the relationship, and the events that followed have changed Misaki's outlook on life. While she was once extroverted, she now keeps to herself, with only Kasumi and a few close friends to keep her company.

A young woman who had once trained to be a police detective. Many are turned away by her imposing demeanor and strict sense of what is right. However, she is utterly determined to protect others from the supernatural, having seen the danger of such threats.

A young woman who is fascinated by the supernatural. As a friend of Shizuka, she seems to be the polar opposite: she is often cheerful and approachable. However, she is prone to becoming obsessed and rambling on about what she is interested in.

A girl in some of Kasumi's classes that has a mischievous sense of humor. She looks younger than her age, to the surprise of many.

A boy in some of Kasumi's classes. He's a bit of a goofball and doesn't take much seriously, though he is easily flustered.

One of Misaki's professors. While he seems to do well at his job, he is seen as rather laid-back compared to some teachers.

Warning: This game includes depictions of blood, gore, violence, and nudity. It is not suitable for children or people under the age of 18.

In order to download this visual novel you must purchase it at or above the minimum price of $6 USD. You will get access to the following files: 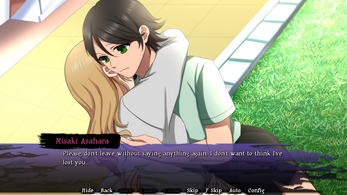 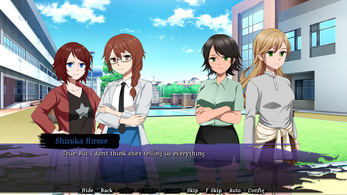 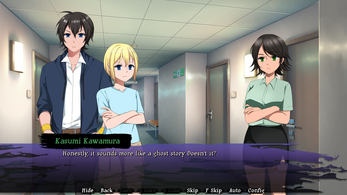 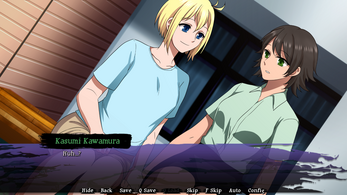 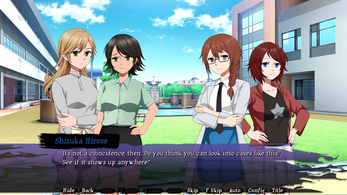