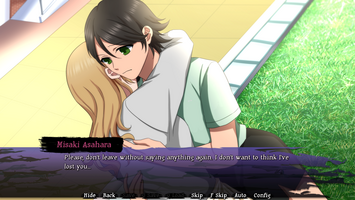 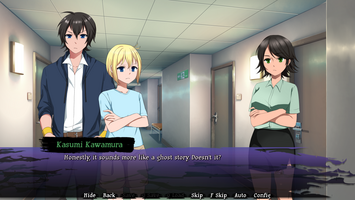 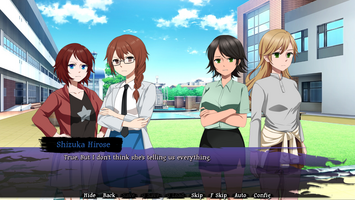 Today I’m revealing a visual novel I’ve been working on for a little while: Eldritch University! It’s a sequel to Eldritch Academy, taking place about three years later.

Like Eldritch Academy, this game mixes horror and romance themes, with a higher emphasis on horror in this entry. As such, there are fewer main endings and a higher number of “bad endings” where things go poorly for Kasumi or her friends. Making the right choices is a lot more important, since the results may not be apparent until much later.

Based on internal testing of the current script draft, the game should be roughly the same length as Eldritch Academy for a single playthrough. However, as there are fewer ending routes, the overall game is slightly smaller than Eldritch Academy. The price of the final game has not been finalized, but will likely be lower than the price of Eldritch Academy to account for this difference in total gameplay length.

To introduce the game and tide people over to the final release, a demo of a good chunk of the first act of the game has been released on the store page.